As you may have read in my review of the Northern Quarter Takeover 2013, I was brave (or stupid?) enough to enter the SoLita In The Street Hot Wing Challenge yesterday.

Now I do love spicy food and I’m always complaining when things that are supposed to be hot turn out not to be (I’m looking at you Almost Famous ‘Suicide’ Sauce’) but I have to admit that the more I learned about what the competition entailed the less good of an idea it seemed.

Firstly I had to sign a disclaimer claiming amongst other things that I wasn’t of ‘unsound mind’ and was ‘fully able to make a rational decision to compete in the challenge‘. I was told that there would be 4 sets of chicken wings, each cooked in a chilli sauce and would get progressively hotter, we’d have to eat 4 wings from each set. The first was the sauce from the Apocalypse Now (And Later) burger than many people struggled to finish due to it’s heat, the last ‘Black Death’ was made of pure Naga, the worlds hottest chilli that is 400 times hotter than Tabasco and registers up to 1,000,000 on the Scoville scale! We had to wear goggles and gloves for safety reasons. Gulp.

As the event approached I considered backing out but I’m far too stubborn for that so I took my place and put my gloves on. I declined the goggles, it’s a while since I’ve got food in my eye so I took my chances. The contest was to be judged by Manchester Confidential’s slightly eccentric ‘Gordo’ and Great British Menu winning chef Aiden Byrne who took to the microphone and explained the rules to the large crowed that had gathered to enjoy our pain. 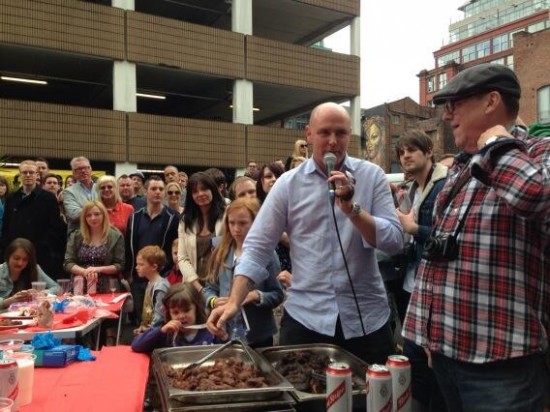 The first wings in the Apocalypse Now sauce were genuinely nice, the sort of thing I’d happily order in a restaurant and exactly what Almost Famous think their Suicide Wings are. I finished them easily, as did most of the other contenders. I think there was just one casualty at this point. I was ready for number two but then Franco (SoLita big boss man who I used to like!) decided to start making new rules up and informed us we’d need to wait for 3 minutes between each set of wings too! Ouch! 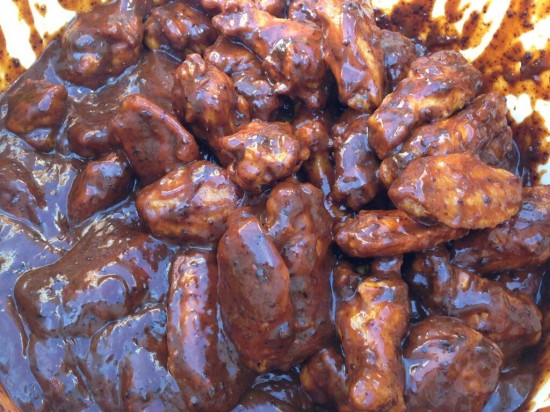 The second set of wings were called ‘Almost Flamearse’, love the name but I can assure you that was the only thing funny about them! They were pure evil and so was Franco who decided that 4 wasn’t enough for this particular set of wings and we’d need to finish 5 of them! From the very first bite my mouth was on fire. I somehow managed to finish them, though many didn’t including prolific Manchester food blogger Hungry Hoss who’d had enough and apparently just reached a portaloo in time for, well you can probably imagine what happend in there.

The waiting time after finishing these was pure agony, plus we had glasses of water that we were not allowed to touch just inches away, taunting us. 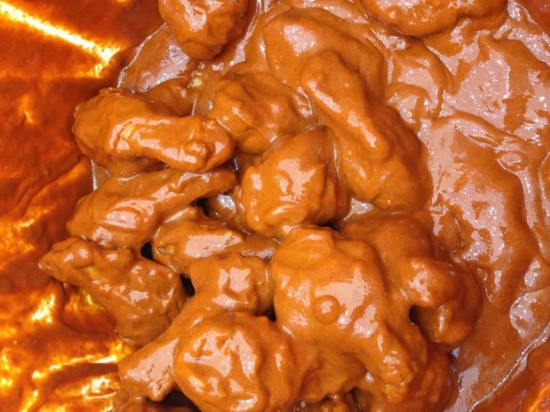 That 3 minute wait felt like 30 and it was actually a relief when the third set of wings arrived. ‘Alan Turing-sting’ again the name was better than the taste although personally I found these much easier to finish than the previous set. Seemingly I was on my own though as by the end of this round there was only 2 other contestant remaining and one of them quit before the start of round 4. There was only 1 person standing in my path to glory! Things were hotting up so much that I even had to take my coat off! 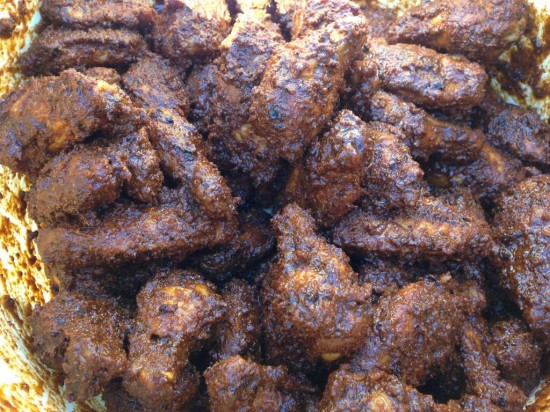 It was round 4 that I’d really feared and secretly hoped the contest wouldn’t get that far. As the wings were served the smell was absolutely vile and I almost choked as the chilli hit my nose. I wanted to quit but I’d come this far and there was no way that was going to happen. I somehow finished all 5 of my wings (evil Franco again!) and then suffered one of the most painful 3 minutes of my life. Only it wasn’t 3 minutes as it was then changed to 5 minutes (yep, Franco again!) which was agony, by now the table was full of water, beer and milk that we could drink at any time we chose. Of course that would result in failure though which was not an option. 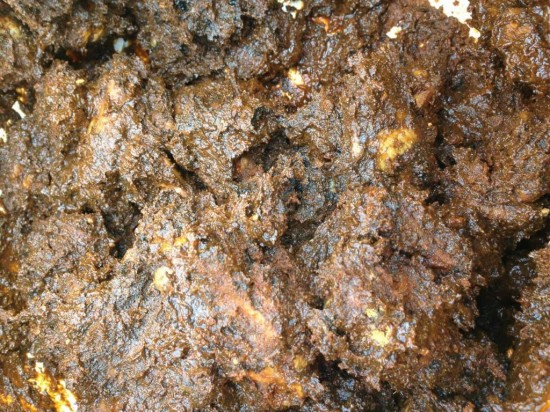 I made it through the 5 minute wait and I’d like to think that I was in better shape than the remaining contestent Sean, at the very least Aiden Byrne didn’t have to wipe snot from my nose! The judges and Franco debated how to settle the contest, there was talk of licking our plates or a sudden death roulette using leftover wings from the previous rounds. In the end they decided that if we could both finish a shot of Naga chilli infused vodka it would be declared a draw. Which is exactly what happened. I’m sure that vodka is nasty stuff but to be honest, after what we’d been through previously it was nothing.

It was official, I was joint champion!

At the time I was a bit annoyed as I was confident that I would have won in the end and afterwards several people came up to me saying that I should have won as I looked fine but Sean looked ruined. Later too, I was told that he was being sick which I wasn’t but on reflection I’m happy to share the glory as whatever state he may have been in he still hung in there until the end and may well have done through sudden death too so he was a worthy (joint) champion.

So I went through hell but came out a champion! I can’t say I enjoyed it but I’m glad I did it and especially that I won. I may even have got a taste for it and might look out for similar competitions in future. Or maybe not.

Literally as I was writing this post it was pointed out that there is a video of the event on YouTube (of course). So if reading about my suffering isn’t enough you can now watch it too! Thanks Paul Merryman.

Previous: Northern Quarter Takeover 2013 – PARTY!
Next: My ‘Signature’ Quick Rogan Josh Recipe + How You Can WIN £50!