This was the 5th stop on my epic London weekender and whilst all of the other places were new to me, some with Michelin stars and big name chefs behind them it was Dishoom who I’d already visited last year that I was perhaps most excited about.

When I revisit places I usually want to sample different things from the menu but I loved Dishoom so much last time i’d have been perfectly happy to have exactly the same again. I did manage to resist ordering some of the the same things on the strict understanding with Mrs FoodGeek that she would get a Bacon Naan and share it with me!

Despite it having much less cream cheese and coriander than last year it still tasted amazing. The combination of smokey bacon with gorgeous chilli jam in an unbelievably fresh naan is just a delight. 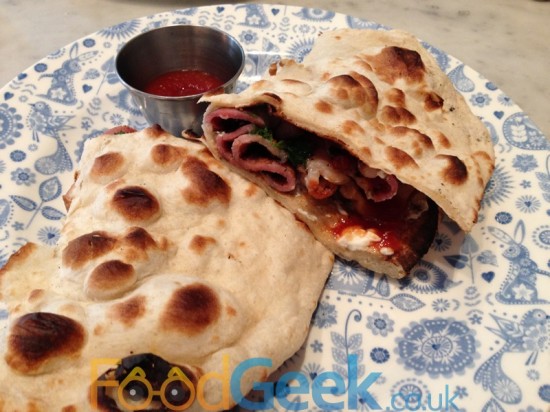 Although bacon is my favourite, sausages are not far behind so it made sense to try the ‘Sausage Naan’ too. It’s exactly the same but with the bacon replaced by good quality Cumberland sausage, needless to say it’s also amazing. 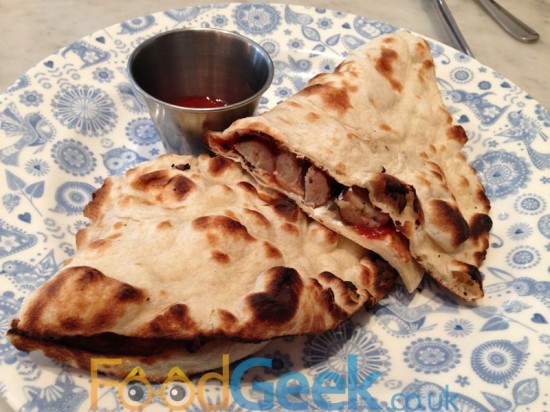 Besides the bacon naan the thing I remember most about my last visit to Dishoom was the Akuri (spicy scrambled eggs) which are just delicious. I was dying to have it again but keen to try other things so instead went for a ‘Bombay Omelette’. It was a pretty good omelette, filled with chopped tomato, onion, coriander and green chilli. Served with sweet grilled vine tomatoes and ‘Fire Toast’. I really enjoyed it but not quite as much as the Akuri. 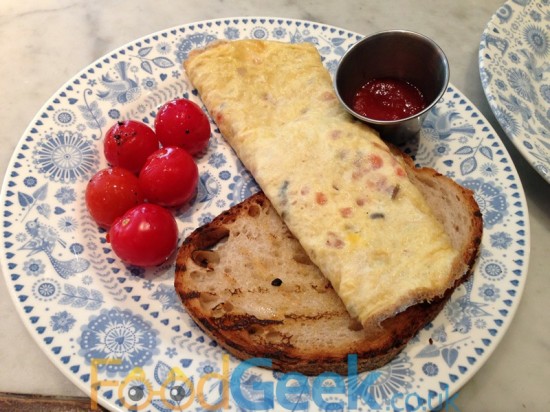 We also tried a ‘Bun Maska’ which is apparently an Irani café classic. Simply a toasted bun with a slice of cold butter inside served with a spicy chai for dipping into. We do like butter but there was a bit too much even for us. After removing some of it we enjoyed dipping the bun into the chai, it was good fun, tasty and comforting but didn’t quite have the wow factor of most of the other dishes. 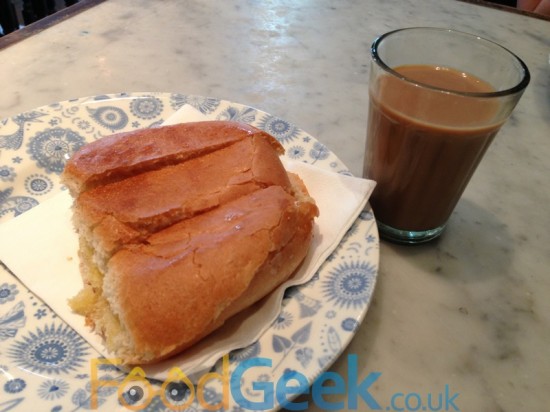 There was a Chocolate Chai included with my ‘Full Bombay’ breakfast last time which I loved, so had to order one seperately this time. It was every bit as good as I remembered; warm, comforting, spicy and chocolately. I must learn how to make them. 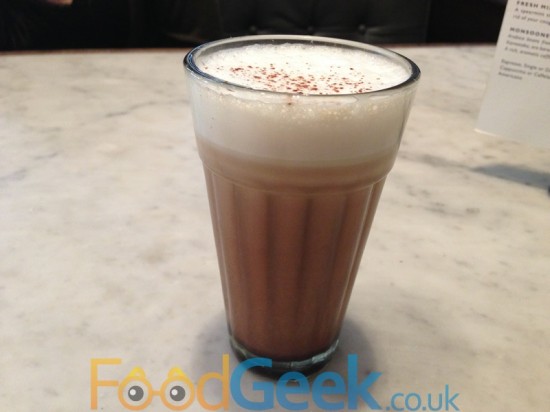 Despite a couple of the dishes not being quite as good as last time we still enjoyed them and i’ll never ever get bored of eating bacon or sausage naans. We had a great time and absolutely love Dishoom. I’m going to find it very difficult not to fit a visit into every London trip.

Follow @FoodGeekUK
This was the 5th stop on my epic London weekender and whilst all of the other places were new to me, some with Michelin stars and big name chefs behind them it was Dishoom who I’d already visited last year that I was perhaps most excited about. When I revisit places I usually want to ...