Miravet is a medieval village centred around an ancient castle, Arab in origin it was later rebuilt by the Order of the Knights Templar. The village is situated on the river Ebro, to reach it I cautiously drove onto a rickety old boat not much bigger than my car to cross.

It was worth the risk, Miravet is a beautiful village with stunning views of the river. After a 30 minute walk up a steep road we were rewarded with even better views from the top of the castle. 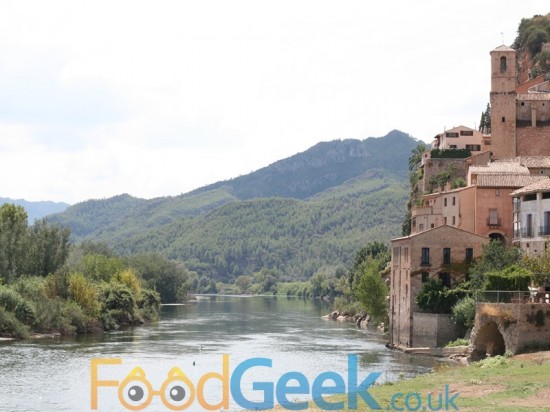 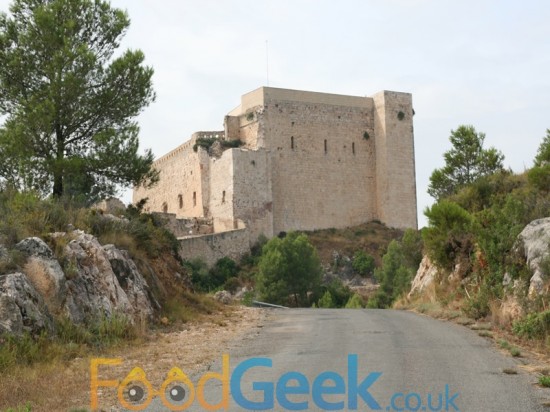 After all that walking and learning a well earned lunch was in order. There are only 2 restaurants in Miravet, we chose Molidexim.

We started with a couple of salads; ‘Russian Salad’ containing potato, tuna carrot, egg was lovely, light and perfect for the hot summers day. ‘Lentil Salad’ was even better, a simple combination of lentils, tomatoes and cheese served cold it was refreshing, filling and tasted delicious. 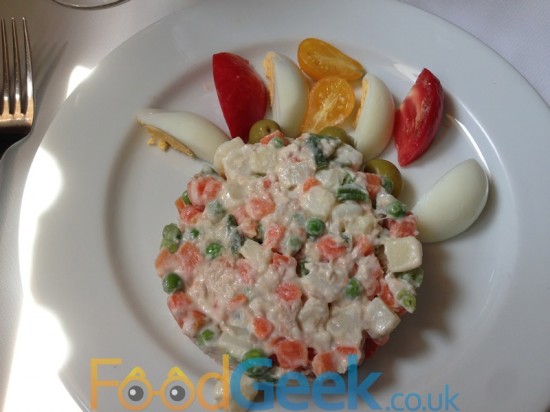 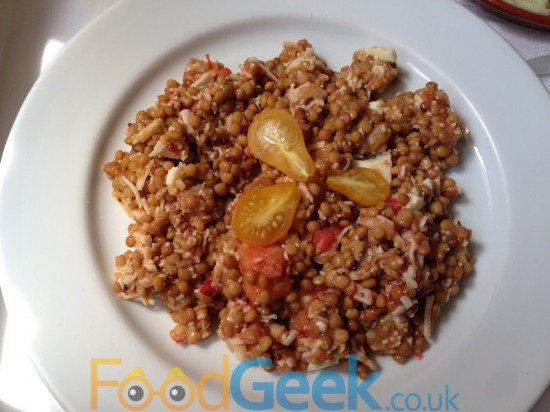 A very Spanish dish, ‘Red Peppers filled with Cod & Potato’ was heavier but just as tasty. Baked red peppers with a comforting filling of smooth & creamy fish and potato puree with a lovely rich sauce. 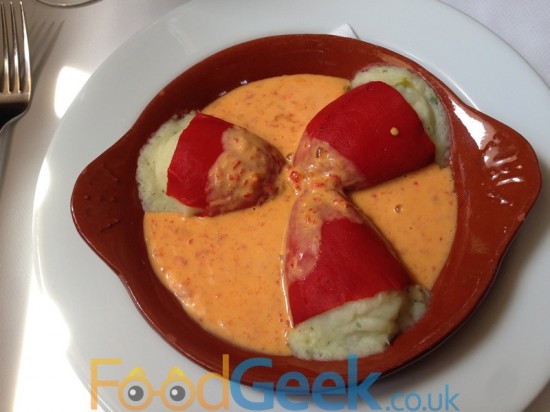 ‘Aubergine Gratin’ was another simple but delicious dish. The soft, cooked flesh of the aubergine had been mixed with minced meat, toped with cheese and grilled to give a wonderful combination of textures. 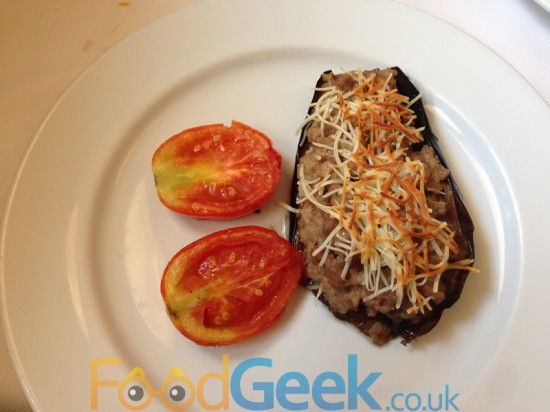 Main courses were equally good. Although the fish was a little overcooked for my liking the ‘Grilled Salmon & Ratatouille’ was kept moist by a butter sauce and the ratatouille. It’s not clever but it tastes great. 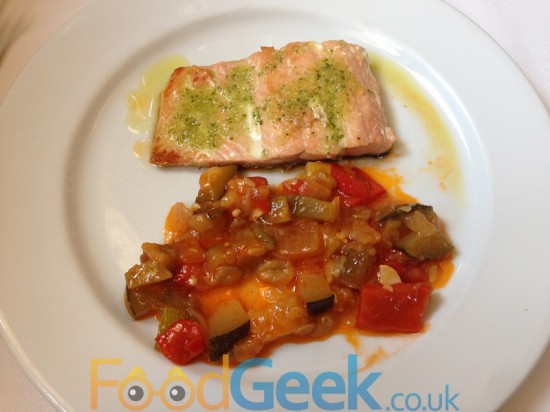 The two meat dishes were fantastic. ‘Duck Confit With Pear’ was a brilliant combination of soft, melt in your mouth meat with soft, sweet pear and a rich, sticky jus. I’d have liked more of the jus though as it tasted so good but they seemed to only want it to make 70’s style decorations on the plate with it. 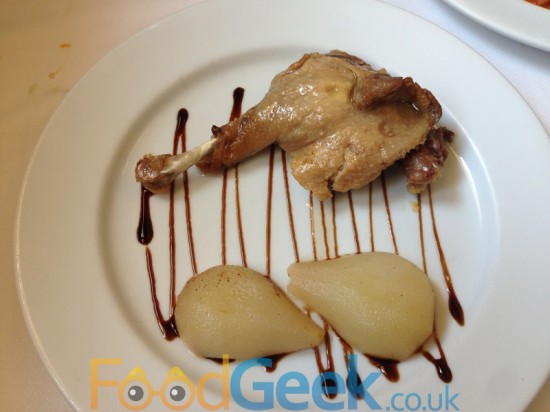 My favourite dish was ‘Baked Pork Cheeks’. The tenderest, tastiest bit of pork i’ve had in a very long time. Presumably cooked long and slow with a simple broth and vegetables. 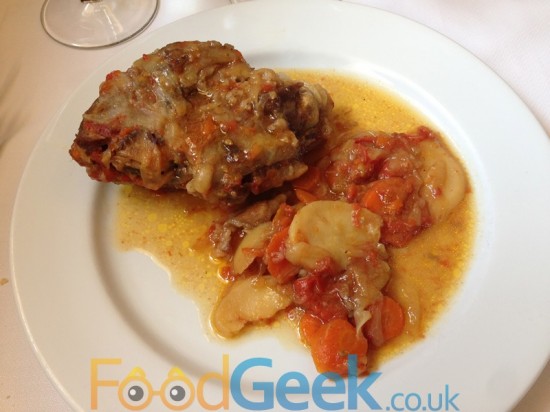 Desserts were OK but not as good as previous courses. The ‘Crema Catalana’ was perfectly decent, though not quite as good as the one i’d had at Braseria Rosa Mari. 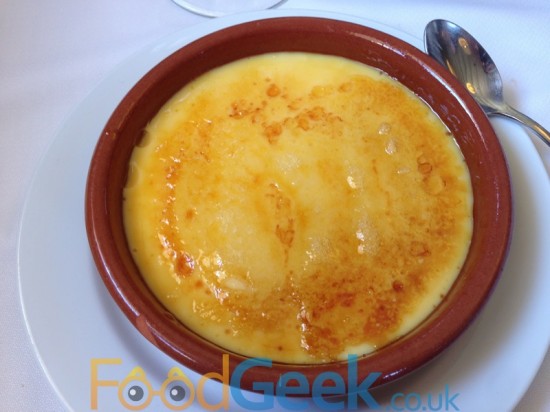 The ‘House Flan’ was interesting though had an odd grainy texture. Without knowing anything else about it i’ve no idea if it was intentional or not but it was fairly enjoyable all the same. 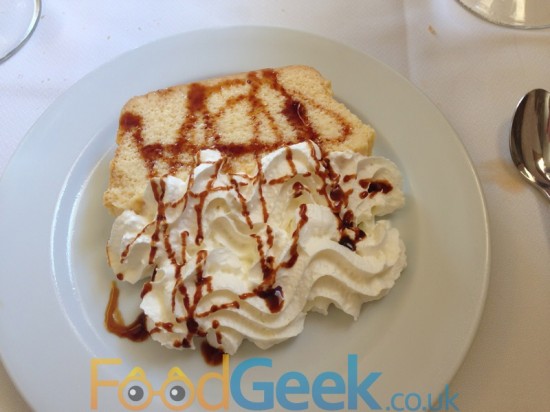 ‘Lemon Mousse’ was just that, a decent lemon mousse. It was slightly too sweet for me but nice and smooth. 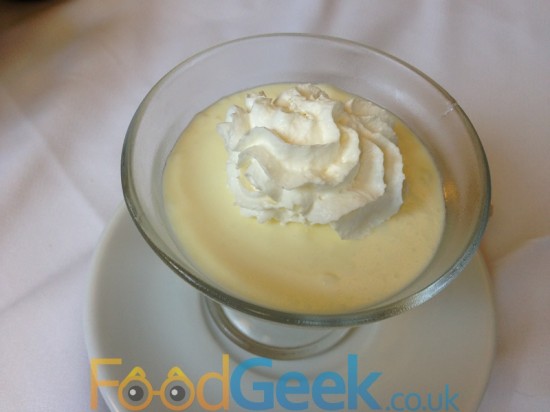 Overall I was impressed with the food here. Apparently the menu is highly seasonal and changes regularly. Cooking is of a good standard and it’s really good value, costing less than 50€ including bread, water, wine and coffee!

Miravet is a beautiful village and the castle is an interesting place, if you ever get the chance I highly recommend visiting and stopping off at Molidexim for lunch afterwards.

Follow @FoodGeekUK
Miravet is a medieval village centred around an ancient castle, Arab in origin it was later rebuilt by the Order of the Knights Templar. The village is situated on the river Ebro, to reach it I cautiously drove onto a rickety old boat not much bigger than my car to cross. It was worth the ...

Sakura Japanese Restaurant, Salou, Spain – ‘All You Can Eat’ Sushi!